With over 1500 pieces, this new LEGO Transformers Optimus Prime pays tribute to the heroic leader of the Autobots. Once assembled, the figurine has 19 pivot points that allow you to switch from robot mode to alternate truck mode and vice versa. This is one of the few LEGO sets that can change appearance without having to be rebuilt!

This new LEGO set will transport fans back to 1984, when Transformers exploded into popular culture with the first toy line and animated series. The LEGO product has been recreated after the Optimus Prime G1 character and has been designed with great attention to detail. It includes the character’s iconic accessories such as the ion blaster, the Energon axe, an Energon cube, and the Matrix of Command that can be tucked into his chest.

Once the construction of this set of 1,508 bricks has been completed, you can proudly admire and display your construction with a display board. In truck mode, the model is about 15 cm high, 27 cm long and 12 cm wide, while the model in robot mode is about 35 cm high. The LEGO Transformers Optimus Prime set is available for a price of 169.99 euros. 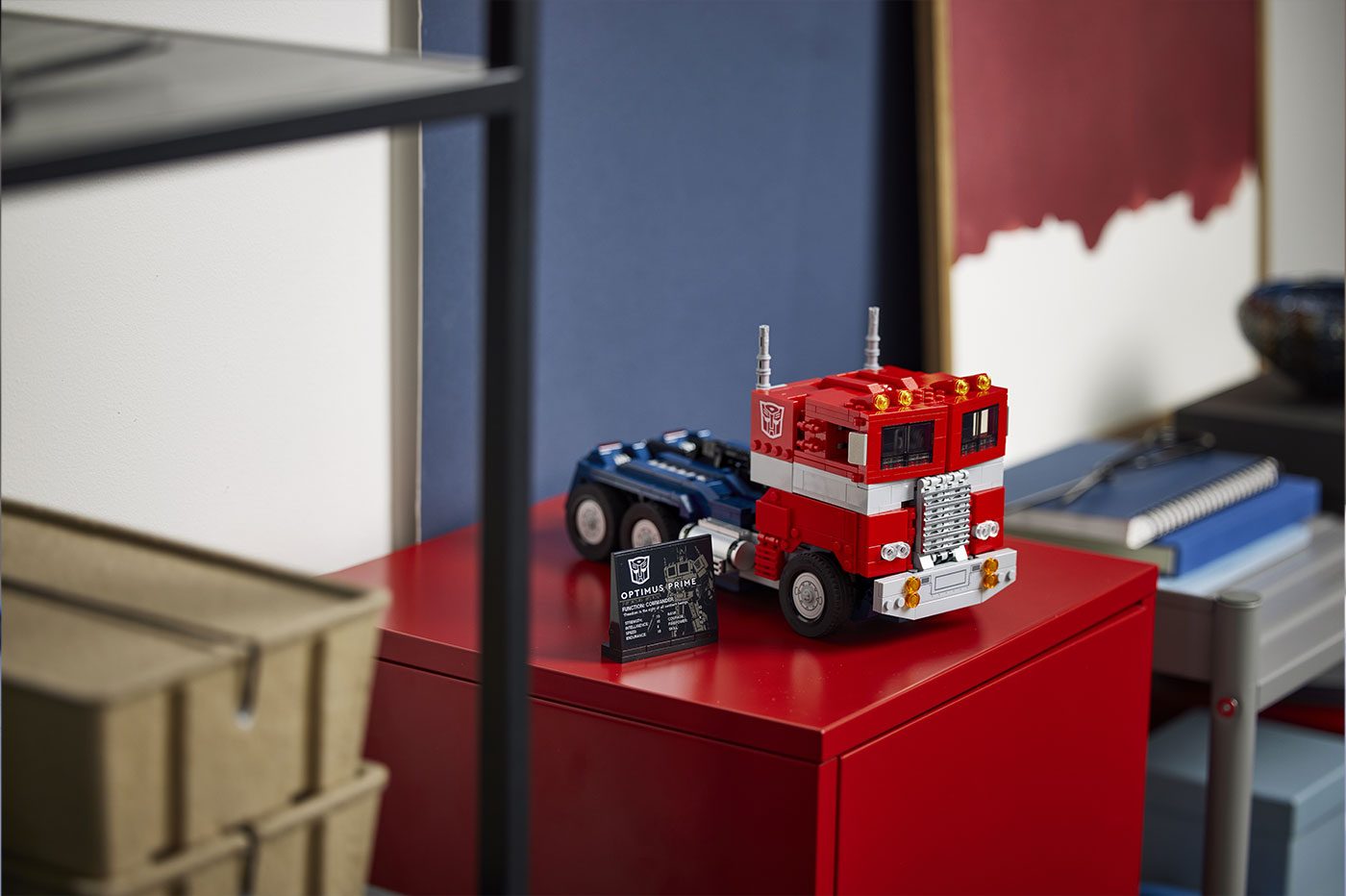